Memorial Day Gift Ideas: 10 Inside Jokes on T-Shirts That Make You Burst Out Laughing

Contrary to popular belief, military people have a great sense of humor. They have to, else the stress from being on active duty may be too much to handle. So here are 10 messages so funny that can make even the most stoic military person burst out laughing.

Put a smile on your favorite vet’s face with any of these funny t-shirts from Redbubble, now even cheaper with their available Redbubble Coupons.

1. The not-so-subtle digs against the VA

Only US vets understand the struggle with The Department of Veterans Affairs or VA for short. Despite their brave services to their county, many US soldiers often find themselves neglected and lacking an effective support system after being discharged.

2. The US army touring everywhere joke

The US army is involved in a lot of wars in history, either as a peacekeeper or instigator. Thus, the US troops are also unwilling tourists to these hot zones. So, what better way to commemorate these “visits” than by putting them on a t-shirt for everyone to see?

The military has its own ABC to spell things, called the Military Phonetic Alphabet. Upon being recruited, most will have to learn this new alphabet to correctly spell things over the phone. Because of this, many inside jokes are born from this military-nese. Like this one.

There are many special units in the army, like the US Army Explosive Ordnance Disposal (EOD), or simply the bomb squad. Their job is to maintain their comrades’ safety by checking and dismantling any explosives found in or near their base. So when you see a bomb squad member running away from something, you’d better keep close, just in case. 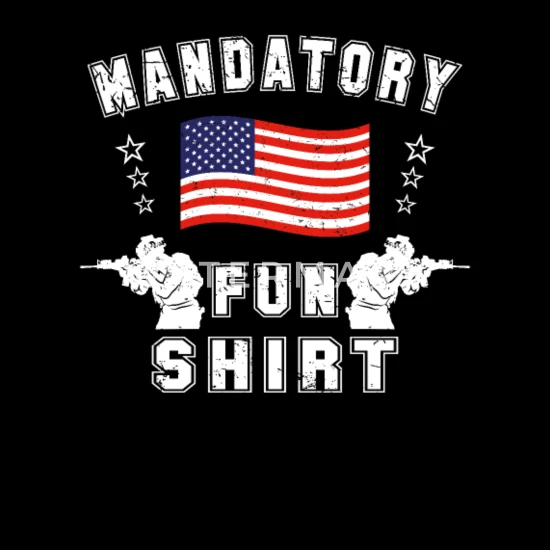 Funny in a snarky, sarcastic way, the mandatory fun joke stemmed from the social events on military bases that are supposed to help soldiers blow up steam. Even when they are rarely fun, participation is mandatory, and everybody has to at least enjoy it. Thus, army fun is mandatory.

Bad knees are sometimes used in dirty jokes, typically referring to dropping to one’s knees for sex. The joke means something completely different in the army, however. Being on active duty means a lot of high-intensity running, crouching, and proning, sometimes while carrying heavy luggage. This causes many vets to have bad knee pains when the weather changes. The humor in it might ease the pains up a little.

Old men love to tell tales. Old vets, especially, love to reminisce about their good old days in the army. So when you visit any US vets, chances are they are going to recount a tale of their days in active duty. The best part is they never seem to run out of stories to tell - if they do, they just retell another one, and people love them too much to point that out.

8. The vets are grumpy jokes

The army isn’t a place for delicate souls. Rather, it is a place to harden you up, down to the way you speak. So, snowflakes and Karens are warned against approaching any vets. Not only will they not mind their words and back down, but also will tell you that you are being an awful person in the crudest way possible. You’ve been warned.

It’s another slang for your military vocabulary. Seen and heard only in the army, the acronym SNAFU stands for ‘Situation Normal, All Fucked Up’. When you hear any vets use this word, it means that everything around them is deteriorating into pure chaos.

Vets who are stationed in Afghanistan and Iraq are probably familiar with this one. Spawned from Star Wars Anakin Skywalker’s immense hatred for sand, this phrase describes exactly the soldiers' exhaustion of seeing sands everywhere in their eyesight. And it gets everywhere, from clothes to your combat boots if there’s an opening in their gears.

It’s the last week of May, and Memorial Day draws closer than ever. So put a smile on your favorite vets ‘ face with any one of these funny t-shirts from Redbubble, now even cheaper with their available Redbubble Coupons